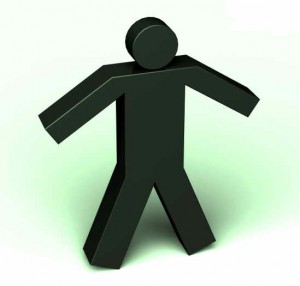 It is difficult to imagine the person, its human being and all our life without going and thinking about the everlasting problem – the problem of human being and what are the main elements that expose it. Thus the problem of human being has its psychological aspect of development and take its beginning from the antique ages. That is why it has its reflection in the numerous number of compositions of antique philosophers. For example such philosophers as Socrat, Demosphen, Democrit made thiers best to investigate the origin of a person and the main purpose of the human being.

Besides this the problem of the person was interested for a lot of number of psychologists both foreign and native. Among them are Freid, Yung, Behterev, Maslou, Rubishtein. A great number of psychologists aspired to elaborate the structure of a person and human being and give it in separate theory. Everybody of psychologists has its own and no one we could consider only singly right. Every theory has the right to live.

During the longstanding progress of human society except the psychologists the problem of the person was very interesting for a great number of scientists. From the early beginning of the times of Renaissance the scientists take the person at the first place in the scientific investigations. They not only investigate the person in different aspects but they also take the investigation of a person into the centre of another researches.

A great attention to the problem of a person was given by a creative people, artists, writers, painters and poets. However the person — is a very interesting and compound mechanism. The reason is that every man could think, realize his or her thoughts into the actions, has effect on the society and has own motivation and prejudice in life, follows some rules of behavior and has its own character. This all in the totality can be interesting not only for famous persons but also for a simple people.

A person has a great opportunity to choose its own way, to choose the rules and norms which should be followed, to choose the way in which she or he can directs its activity even to choose to be the supporter of goodness or evil. Moreover the problem of good and evil is everlasting and it is also actual today. Because the choice of good or evil depends not only on the outstanding world, but also on the characteristic features of the man’s character and the peculiarities of the education and upbringing of a person as an individual.

But a person can not be totally good or bad. Everyone has good and bad sides (advantages and disadvantages of character, some positive or negative features). But still what is the predominate and the most important decide the person itself.

Together with the development of the society were formed legal norms and moral rules and prohibitions. The central element among them is a person. Because she or he decides to adhere them or not. There are a lot of examples in human’s behavior when some restrictions influence greatly on the person. These influences are mostly bad than good because they could make the person depressed and unsociable. So in such way a big problem exists in the investigation what lead person to the degradation because of the numerous limitations and prohibitions that are in the social life.

The most important think is a problem of the moral choice of the person how to behavior. How to coordinate the wills and actions and what purpose to choose in life in this or that situation or generally. And it was always the problem of morality how person must behave in difficult life situations, which moral qualities she must have and use every day.

From the point of the religious science the most high value in the world and the most valuable gift in the whole civilization is a human life and health. One of the most important will of God that exists in every religious is do not kill, that means that nobody could damage the health or life of a person and to encroach upon the human life.

It is worth do not forget that the wishes and troubles of a person are forming by an impact of the requirements of the society. During person’s cooperating with the outstanding world the society dictates the man how to behave that very often influence to that fact that person loose its own individuality because she or he imitate the social norms and becomes the part of the mutual consciousness.

Besides this point the longstanding progress of civilization had a great influence to the forming of a person. During all our life from the early beginning – borning of a child till the old years and death we are trying to make all the best and it must be the one of the important thing in our life to cope with all problems and not to surrender to them because of a great amount failures in our life and simply to find the harmony between the person and the requirements of the society. So everybody of us have to look for the main and most important reasons of happy and full-fledged life that also formed the character of a person.